Daniel Sherman tells us about his current research project on an archaeological dig in Glozel, France. He also discusses his interest in Critical Museum Studies, how museums are “political,” as well as what they are doing now to engage audiences. Sherman is the Lineberger Distinguished Professor of Art and History and a Spring 2017 IAH Faculty Fellow.

Jennifer Ho, Associate Director, talks about the 30 for 30 Campaign Dr. Jennifer Ho, who is a Professor in the English and Comparative Literature Department, discusses the 30 for 30 campaign, encouraging IAH Faculty Fellows to help support future fellowships in commemoration of the Institute’s 30th anniversary. She also talks about the challenges and rewards of her current writing projects. To participate, go to our Give Now page. Zia Haider Rahman, author of the highly acclaimed 2014 novel In the Light What We Know, delivered the Mary Stevens Reckford Memorial Lecture in European Studies on Feb. 22. The lecture, entitled: “Brexit The Reckoning,” examines the political, economic, racial, and social implications of Great Britain’s decision to leave the European Union. Rahman discusses his favorite authors and his process for dealing with writer … Continued Associate Professor Mariska Leunissen (Philosophy) and UNC Honors Alumnus Jake Rohde (Class of 2017), worked together as part of the inaugural IAH Honors Collaboration Grant. The Grant offers a $2,000 award to students and pairs them with a Faculty Fellow to get a unique research opportunity. We also had the opportunity to sit in on one of their sessions, where they researched the work of Aristotle. Rohde went on to … Continued IAH Director Mark Katz interviews astrophysicist and College of Arts and Sciences Dean Chris Clemens about his research of the stars, as well as his self-identified conservatism on a college campus, where liberalism is the dominant language.  He discusses why different views on campus are fundamental to a higher educational experience, highlighting the UNC-Duke Philosophy, Politics, and Economics program, co-directed … Continued 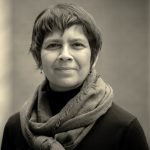 Faculty Fellow Meenu Tewari discusses her current book project on urban development in India, specifically regarding connecting people to water. She also talks about how she entered the academic side of planning as well as future writing projects she hopes to pursue outside her field. Charles Price discusses the work he did during his Fall 2017 Faculty Fellowship: his current book project on collective identity formation among the Rastafarians. He also talks about his path in becoming an anthropology professor, as well as two highly influential books. In this episode, we take a look back at some of Clay and Philip’s favorite interviews of the year, including Rev. William J. Barber II, Mai Nguyen (City and Regional Planning), Sam Amago (Romance Studies) and the winners of the IAH Honors Collaboration Grant. T Bone Burnett is an Oscar-winning music producer, musician, and songwriter. As the producer of the soundtrack O Brother, Where Art Thou?, he renewed interest in American roots music. He received a Grammy Award for that album, for the soundtracks Cold Mountain (2004), Walk the Line (2006), Crazy Heart (2010), and for Raising Sand (2007). He shares his earliest memories of music and insight on current projects. He als … Continued

“In the Shadow of Ferguson,” an IAH-sponsored event through the Arts and Social Justice Grant 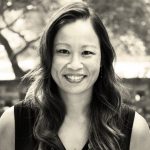 Mai Nguyen, Associate Professor and Associate Chair in the Department of City and Regional Planning, discusses the Dec. 8 multimedia event, “In the Shadow of Ferguson.” The multimedia performance tells the history of the St. Louis suburb from the 1896 U.S. Supreme Court decision Plessy v. Ferguson through the recent police shooting of Michael Brown. The Institute for the Arts and Humanities is sponsoring “Shadow” thr … Continued