Approaches to Writing Across Disciplines

Throughout the years the IAH has been home to many faculty that pursue writing projects of all kinds — from novels, to biographies, and plays. In anticipation of our Fellows Celebration, we’re taking a look back at guests on “The Institute” podcast that shared their approaches to writing, research, and staying inspired. 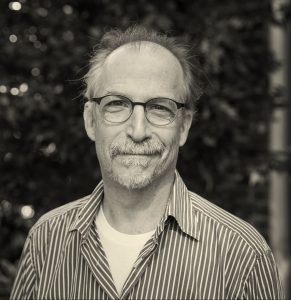 Daniel Wallace is known for creating fantastical worlds in literature, like in his novel-turned-motion-picture, Big Fish. He participated in the Faculty Fellowship Program in fall 2018 and started working on his first non-fiction book.

As an author and professor, he reflects that his best experiences weren’t always the most successful. But rather, it was the process of failing and trying again to perfect his work that had the most value. His advice to students encourages them to fully commit to to the writing process despite the outcome.

“The reason why I continued to write, even when I was not successful as a writer, was the process was the thing that I really loved,” he said. 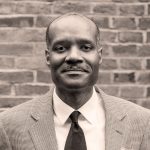 Professor Clegg’s work focuses on the African diaspora of the Atlantic world, exploring the ways in which people of African descent have created and imagined communities and identities outside Africa. In our interview, Clegg discusses his latest book project on a history of the Obama presidency and its connection to the African-American experience. This project presented new challenges for Clegg, as his research included diving into what he calls a “moving archive,” or evaluating and finding insights in articles, videos and even in the comments by users online. Research housed in such a digital landscape required Clegg to capture information quickly, before links were deleted, moved or required payment to see the article or piece.

“Over the last eight years or so, every article that I think may have some meaning that I’ve seen on CNN.com, or New York Times, or video snippets on Youtube, speeches by the president, or even imagery, I’ve tried to save a copy,” said Clegg. 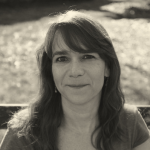 Professor Lisa A. Lindsay researches the social history of West Africa, particularly Nigeria, on links between Africa and other parts of the world. Originally planning to write a book about Nigerian women, Lindsay came across the story of James Churchwill Vaughn. Vaughn was an African-American that made a permanent migration from South Carolina to West Africa in the 1850s.

In her book Atlantic Bonds: A Nineteenth-Century Odyssey from America to Africa, Lindsay uses the narrative of Vaughn’s life to understand the conditions of Africans and those of African descent, both in the United States and in Africa during the 1800s. In writing a book centered around a minor historical figure, Lindsay came across unique challenges in her research.

“It’s not like writing a biography of Thomas Jefferson, who left a large body of published writings. Church Vaughn left one letter, as far as I could tell, one letter in the documentary record that he wrote,” said Lindsay. “I had to come from all around him, rather than from himself.” 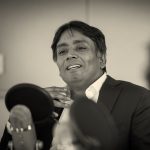 Born in rural Bangladesh, raised in London, then educated at Oxford, Cambridge, Munich and Yale universities, author Zia Haider Rahman published his debut novel In Light of What We Know in 2014. The book went on to earn Britain’s oldest literary award: the James Tait Black Memorial Prize.

Rahman spoke the podcast before delivering the 24th Annual Mary Stevens Reckford Lecture in 2018. In his writing style, Rahman says he allows room for digressions in the novel which ultimately add to character development and further builds the storyline.

“The digressions are supposed to illuminate. They appear to be digressions, but as you get into them you see they actually relate,” said Rahman. 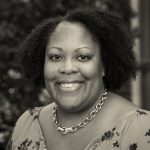 Through the Faculty Fellowship Program, Lawton worked on a play about journalist and activist Marvel Cooke. Cooke was the first black female reporter at The Daily Compass, a New York newspaper, and also a communist.

During our interview, Lawton describes that her work as a playwright, dramaturg and producer all benefit from her time in the classroom.

You will have the opportunity to learn about recently published books, art, films and other large culminating projects completed by UNC faculty that are currently or have been a participant in the Faculty Fellowship Program or Academic Leadership Program.