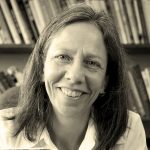 History Professor Kathleen DuVal And UNC alumnae Elizabeth Carbone, Class of 2017, discuss their work as recipients of the IAH Honors Carolina Collaboration Grant. The award is given to pairings of IAH fellows and Honors Carolina students working together on humanistic research. 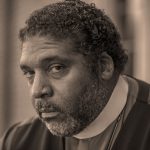 Rev. Dr. William J. Barber II is the president of the North Carolina chapter of the NAACP and pastor of the Greenleaf Christian Church (Disciples of Christ) in Goldsboro. He delivers the 2017 Weil Lecture on American citizenship on Oct. 11, 2017 on campus at Hill Hall. Barber discusses voter rights and the Forward Together Moral Movement (Moral Monday’s protest) in Raleigh and the history of citizenship in North Carolina and the nation following the Civil War. 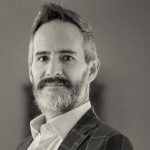 Sam Amago is Bowman and Gordon Gray Distinguished Term Professor of Spanish and Chair of the Romance Studies Department. He discusses metafiction and Spanish film, particularly that of Pedro Almodovar, whose body of work leads to an examination of garbage and its cultural representations in 20th century Spain.

IAH Director and Music Professor Mark Katz discusses his book about music technology and his progress on his second book about hip hop diplomacy, which “helps create communities and bring people together.” Having recently returned from research leave, he also discusses the crucial impact of faculty taking time off from teaching at a research university. 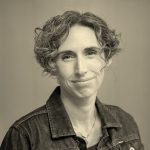 Jennifer Gates-Foster conducts research primarily in the art and archaeology of the Near East and Egypt in the Hellenistic and Roman periods. She discusses her archaeological dig in Israel over the summer. She also talks about a book that helped her understand the complexity of her home state of Mississippi. 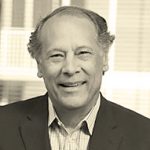 Nelson Schwab III (’67) discusses his days at Carolina and why it is so important to support faculty for the university’s continued success. “IAH Founder Ruel Tyson’s vision was to create something that would support and foster really good professors… The better prepared, the better trained, the happier the professors are here, the better off the experience will be for the students. It creates a great learning environment. I just thought that made sense.” 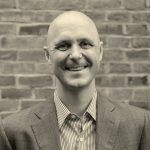 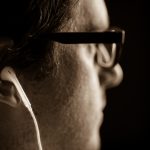 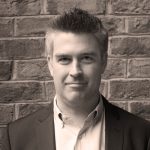 Morgan Pitelka’s parents had a big influence in his scholarship. his father was a potter so he became interested in

He discusses his love of Japanese film, particularly, the work of Hidden Fortress was the inspiration for Star Wars. 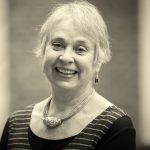 Beverly Taylor discusses her road to her life of research on poet Elizabeth Barrett Browning. “Feminist scholars in the 1960s and 1970s uncovered the feminist and abolitionist politics in Barrett Browning’s poetry. Taylor also talks about how the book To Kill a Mockingbird served as a lesson on teaching in Mississippi in 1969. 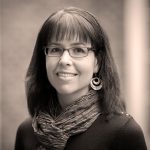 Before becoming an academic, Molly Worthen worked as a journalist. She brings this sensibility to her work as a scholar. She also writes a regular column for the New York Times Opinion Section. She describes her work in exploring Christianity in the United States. 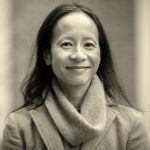 Faculty Fellow Lien Truong is a dedicated, renowned artist. She discusses how she was drawn to art as a teen. “It became an outlet for working out issues in the world.” She scoped out the faculty at Carolina before deciding to become a faculty member here. “One of the draws for me at the UNC’ art department, was I looked at the faculty and I really appreciated the work that they were making… work that really examines the political, social structure, and history within our experience.” 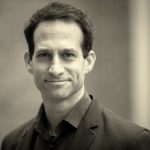 Gabriel Trop discusses how philosophy and literature led him to the scholarship of German aesthetics, especially the one professor who inspired and challenged him. He branched out to study the Classics to better understand German poets and philosophers, such as Hölderlin, Novalis, Brockes, Hagedorn, and Gleim. During his Faculty Fellowship he works on a project exploring attraction and indifference. 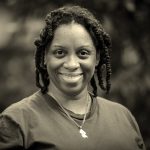 Tanya Shields is an Academic Leadership Program Fellow and director of undergraduate studies in her department. She discusses her latest work as dramaturge for the production of Plantation Remix at Houston-based Progress Theater. “The trauma and violence that people tour and enjoy, they want to disrupt that.” She is “helping build the context for the structure of the play as an advisor to the playwright. I am also learning how a play is created.” 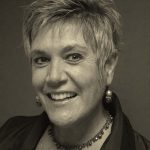 Terry Rhodes oversees all departments and programs in the divisions of fine arts and humanities, and assists in the recruitment, development, and retention of faculty in those divisions. Especially known for her work in contemporary music, she has served on the music faculty since 1987 as UNC Opera Director and a member of the voice faculty, and as departmental chair from 2009–2012. She discusses how music played an integral part in her growing up.