Workshops to build a better team 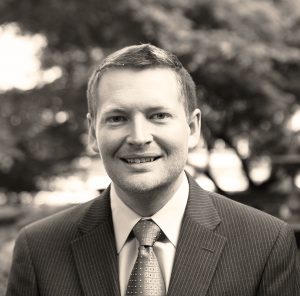 I started at the Institute for the Arts and Humanities as the business manager but was quickly tasked with rebuilding and restructuring the staff. Not many people get the chance to create a team from scratch, but it is a challenge to create the sense of camaraderie that makes work efficient, rewarding, and fun. Also, with some institutional knowledge lost, our team had to find ways to educate ourselves and each other about traditions and history, while also infusing best practices and individual approaches to work. How to get it all done? While most groups hold retreats to take stock and grow together, that wouldn’t work for us.

Instead of having our team together for such an intense and lengthy period of time, I created a series of workshops over the course of several months. These “bite-sized” sessions helped our staff grow professionally, bond, learn new knowledge and skills, discuss important topics as a group, and also offered us time to process it in between sessions.

I wanted to give a fresh start, ease the new staff members into the fold and not overwhelm them right away during the busiest time of the academic year. I arranged several topics to be covered on different days and found it to be a highly effective solution.

Now, as Director of Operations, I reflect back on the process and provide some takeaways.

Here are five successful guidelines for navigating this method:

Keep them short and focused

Short workshop sessions can be done once a month or every other month depending on the staff’s needs and availability. It gave me the chance to build upon previous workshops and tackle a completely new concept in each session. The format also kept me from trying to tackle too many different topics and risk running out of time, or worse, losing people’s attention.

Too many bonding exercises can seem forced or make people uncomfortable. The push to include bonding exercises comes at a time when the values and strengths of extraverts were trending, but keeping in mind the personalities of the entire team was crucial to our success.

Expect more from the process, less from the session

In many cases, retreats fall into the trap of “best laid plans.” We didn’t expect we would accomplish exactly what we set out to do. Since the time commitment and duration is less for workshops, it bred a different set of expectations. When a team member was having a bad day, or I felt off as a facilitator, it didn’t impact the entire series. It only impacted one day. We still had time to refocus and retool for the next day.

Typically, the “post retreat” is where decisions are made and outside of the group setting. However, with a workshop series, we created a more relaxed and open environment, which afforded the team space to make decisions. This method can be a much more practical way of moving an agenda forward. Over the course of several months, we could piecemeal topics , connect sessions and make decisions as a group instead of starting, debating and finishing everything in one day. Each session built the foundation which supported the next. It also allowed us to process new ideas in between.

Create space for ideas outside the chosen theme

Even as an experienced facilitator, making on-the-fly adjustments were difficult when I had already laid out the agenda for the day. A workshop series gave me the time and space to adjust methodology, strategy and information between sessions. I had a month to recalibrate, which gave me space to address new ideas and issues that arose.

Maintain a steady pace. A workshop series is spread out over several months, and it is possible to lose momentum. Our groups developed fatigue from discussing issues multiple times and not coming to an immediate conclusion. One way to address the issues is to establish at the end of each day a small group tasked with resolving any unanswered questions and come back to the group with a recommendation at the start of the next session.

Change the scene. Our workshop was done on-site so as not to take up additional work time. This limited our settings and atmosphere. For some the setting set the tone, and distractions from visitors, and other factors came into play. A change of scenery is good for both inspiring creative ideas and isolating distractions.

Our team accomplished a great deal during our time together. We bonded as a team, established the why, how and what for our organization, created a decision-making framework for new projects and events, and worked through our mission statement (which was finished post workshop series).

In my experience the workshop series method was a great alternative to the traditional staff retreat. It was often as much if not more effective. The benefits outweighed the pitfalls. It allowed the group to be nimble, and the focused approach led to great results throughout multiple sessions. We also had the chance to bond as a group over time.