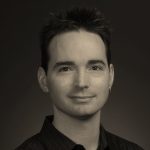 Racial justice movements have gained momentum in the wake of the police killing of George Floyd, which generated renewed outrage at antiblack police violence and racism in the United States and beyond. A recurring challenge in crafting interventions is confronting not only the pervasiveness of racism but also the ways that racial inequality may be a foundational aspect of our legal and social systems. Put differently, the U.S.’s original conditions of settler colonialism and slavery made possible notions of a rights-bearing person who was—and in many cases still is—necessarily coded as white. Certainly, the preponderance of cases of antiblack police violence, as well as instances of racial discrimination more broadly, underscores the ways that inequalities order societies and shape experiences within them.

These are some of the themes that I’ve been exploring in my current project on art, race, and surveillance. In a recent article of mine, I describe artistic efforts to document legacies of racism and trace those legacies into the present. In their work, artists challenge viewers to recognize racial orders and their places within them. One of my examples is Hank Willis Thomas’s sculpture “Raise Up,” which presents ten bronze-cast, dark-skinned men with their arms extended over their heads. While the sculpture’s inspiration comes from an Apartheid-era photograph of naked black miners standing ready for search, it clearly resonates with the current context of police violence in the U.S. and calls to mind the Black Lives Matter refrain of “Hands Up, Don’t Shoot!” Thomas’s piece depicts people of color surrounded and made visible by a glaring oppressive whiteness, which forms both the platform and the background of the sculpture. Metaphorically, the white connotes the defining, containing, and absorbing properties of white supremacy, whereas the title of the piece commands a kind of insurrection or rebellion—not to be included in the sphere of whiteness, per se, but to push beyond it.

In another piece (“Stop”) by artist Dread Scott, museum viewers come face to face with life-size videos of men of color stoically intoning how many times they’ve been stopped by the police. Standing confidently and gazing directly at viewers, the men relate: “I’ve been stopped sixty or more times,” “I’ve been stopped by the police thirty times or more,” “Get stopped by the cops every day,” and so on. The artwork is intended to provoke discomfort but also foster recognition of the prevalence of unwanted police attention and its accompanying threat of violence or death. “Stop” achieves much of its impact through its clever audio pacing. Initially, there are uncomfortable gaps of silence, followed by audio statements gradually overlapping to create a sense of cacophony, and finally settling on paced-out articulations of police encounters, conveying a sense of ubiquitous, normalized threat. This artwork establishes a relationship between viewers and these men, or many other men like them, inviting viewers to critically assess themselves when they face the other. Its power resides in allowing the voices of the men issue forth, asserting their presence and humanity.

A final piece I analyze in my article is a recent contemporary dance created by director and choreographer Will Rawls, poet Claudia Rankine, and visual designer John Lucas. This work, called “What Remains,” directly stages collective acts of survival along the long arc of slavery, from capture, to the Middle Passage, to antiblack surveillance and police violence today. Through its use of movement within staged darkness, this dance explores the contradictions of “the void,” which is a space of nonexistence for black life that also serves as a cover for survival. Dance may be an ideal medium for performing endurance, for embodying acts of escape from conditions that would deny one’s existence. As Rawls explains, dance “really is the body insisting on its own presence, over and over and over, from second to second, minute to minute.” As with the other works I’ve mentioned, this dance also interrogates issues of whiteness and white supremacy. It is telling that in performances of “What Remains,” white audience members often shift uncomfortably at not being able to see clearly what occurs in the darkness and are unable to tell when the performance has ended and they should applaud. Live performances such as this one can productively disrupt the status quo by decentering viewers and temporarily claiming control over the conditions of representation.

Creative disruption, through art or other means, offers a way of documenting legacies of racism and agitating for change. Critical artworks can be instrumental in inducing productive discomfort, in compelling viewers to confront their complicity in systems of oppression. More than that, though, art can foster connection and catalyze collective outrage at conditions of racialized violence and exclusion. (To read more about these and other examples of antiracism art projects, the full-text of my article can be accessed here.)