A Candidate of the Crowd 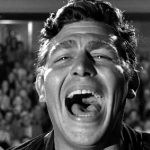 In Elia Kazan’s 1957 film A Face In the Crowd, Andy Griffith stars as Larry “Lonesome” Rhodes, a singer and drifter who is discovered by a radio journalist (Patricia Neal) while reporting on a rural county jail. Rhodes’s folksy charm is a hit with radio audiences, and he soon auditions for a television show.  Bristling at all the advertising copy he’s expected to read, Griffith turns his back on the studio audience, only to make sure that viewers at home can see him as he prefers—in front of a crowd.


The Global Economy & the U.S. Vote 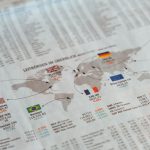 While we, as a discipline, have long been attentive to how economic concerns and anxieties affect voters’ choices (and firms’ lobbying on trade policies), we were less focused on how these concerns interacted with anti-other attitudes. That is, we tended to assume that voters’ material considerations – about their own households or about the broader economy – were more important drivers of vote choices than their cultural attitudes.


Electability is a cynical political gesture—we can do better 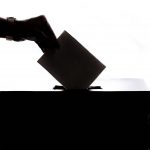 This is the first installment of the IAH Election Blog Series. The series aims to provide intellectual, humanistic and artistic insights on the 2020 U.S. elections. Dr. Kumi Silva talks about the term “electability” and argues that it delimits what is democratically possible to that which preserves the economic relations, social hierarchies, and political practices that have already enabled the suppression of the popular vote.


The Story of Southern Food with Dr. Elizabeth Engelhardt and Rebecca Darwin 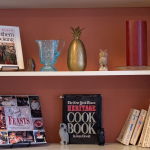 Unlike the cuisines from our country’s other three corners, southern food has an identity and culture unto itself. Bound less by ingredients and recipes, and more by people and their stories, southern food embodies the lived experiences of the region’s people, both past and present. We asked southern food experts to help us pin down what defines southern food today, and their responses shed light on the important role food has in the humanities.