Ms. Catherine Woollard, Director of the European Council on Refugees and Exiles, will deliver the 27th annual Mary Stevens Reckford Memorial Lecture in European Studies on Thursday, February 25th at noon via Zoom. The lecture titled, “Protection vs. Externalization: The politics and law of asylum in Europe 2015-2020,” is free and open to the public and will be followed by a Q&A session.

Protection vs. Externalization: The politics and law of asylum in Europe 2015-2020

The lecture will examine the political crisis on asylum in Europe since 2015, covering the impact on refugee rights and the links between asylum and migration policies writ widely.

It will first provide an outline of political and legal developments in Europe on asylum and migration, examining the strategy often termed externalization, which characterized Europe’s response to the increase in numbers of refugees arriving to seek protection.

It will then explore the impact of these developments on three relationships. First, the relationship between law and politics in the fields of asylum and migration, where policy responses have often required the former to serve the latter. Second, the relationship between the European Union and European nations at a time when nationalism has been prominent and nationalists have exploited the refugee question. Third, the relationship between Europe and the rest of the world, in the context of the largely unfruitful struggle to find adequate global responses to record levels of forced displacement. The lecture’s conclusions will offer some predictions on the likely future legal and policy approaches to refugee rights in Europe.

Catherine Woollard took up the position of Director of the European Council on Refugees and Exiles in 2016. ECRE is a pan-European alliance of 106 NGOs in 40 European countries working to defend the rights of refugees and displaced persons in Europe and in European foreign policy. ECRE’s work covers litigation, advocacy and communications. 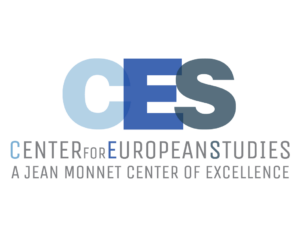 This event is co-sponsored by the UNC Center for European Studies.