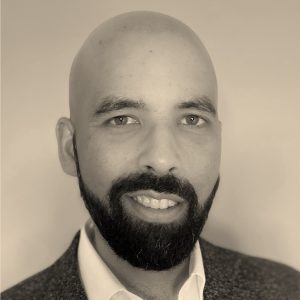 Michael A. Figueroa (Assistant Professor) is an ethnomusicologist who specializes in music and politics in the modern Middle East and its diasporas. The first phase of his career has been rooted in ethnographic and archival research in Israel/Palestine, chiefly in the city of Jerusalem. In his first book (nearing completion), he argues that musical Jerusalem has been central to the formation of Israeli political consciousness. In the book, he shows how Israeli musicians have critically shaped their public’s territorial imagination, dispelling notions that the Israeli-Palestinian crisis is timeless, intractable, and based on static, essential identities. By combining analyses of musical meaning, political discourse, and public performance with ethnographic investigations of urban life in Jerusalem, the study reveals the multiple ways in which Israelis’ territorial fixation on Jerusalem has been constructed, historically contingent, and subject to artistic intervention.

He has recently embarked on a second major project examining popular music and race consciousness in post-9/11 Arab America. He maintains other interests and publication plans related to the study of music and poetry, performance studies, music technology and global popular music, critical theory, and diaspora studies.

He earned a B.A. in Musicology from Northwestern University (2006) and a Ph.D. in Ethnomusicology from the University of Chicago (2014). His research has been supported by the Ford Foundation, the American Musicological Society, and a Fulbright-IIE fellowship.