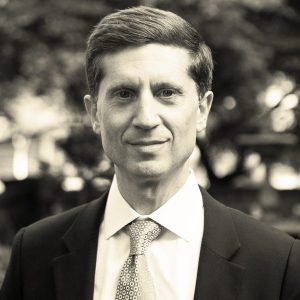 Mark Katz is the John P. Barker Distinguished Professor of Music and Director of Graduate Studies for the music department. Formerly, he was the Ruel W. Tyson, Jr. Distinguished Professor of Humanities and Director of the Institute for the Arts and Humanities from 2014-2019. Professor Katz’s teaching and scholarship focus on music and technology, contemporary popular music, musical diplomacy, and the violin. His books include Capturing Sound: How Technology has Changed Music and Groove Music: The Art and Culture of the Hip-Hop DJ. He is former editor of Journal of the Society for American Music and served for many years on the National Recording Preservation Board.

Since 2013, Katz has directed Next Level, U.S. Department of State–funded program that sends American hip-hop artists abroad to foster cultural exchange in underserved communities. The program has now conducted workshops in twenty countries on five continents. In 2016, Katz was awarded the Royal Musical Association’s Dent Medal, which credited him with taking “musicology and hip-hop studies in bold new directions, creating a model of exemplary and ethical scholarship that internationalizes the discipline in productive ways.” In 2017, he received UNC’s University Diversity Award for Faculty, recognizing his contributions to the enhancement, support, and furtherance of diversity and inclusion on campus and in the community.

A former chair of UNC’s Department of Music, Distinguished Professor Katz holds degrees from the College of William and Mary (B.A. in philosophy) and the University of Michigan (M.A., Ph.D. in musicology).