“People can lead in a lot of ways,” says Kim Strom-Gottfried, who eight years ago began her work as director of the Academic Leadership Program (ALP). She just completed her last semester in this role. In an interview with Michele Berger, director of the Faculty Fellows Program, Strom-Gottfried, who is also the Smith P. Theimann Distinguished Professor of Ethics and Professional Practice at the School of Socia … Continued 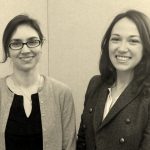 Now in its 22nd year, the 2016 Mary Stevens Reckford Memorial Lecture in European Studies is titled Appropriating Asia: The Depiction of the Exotic in European Art. The Institute for the Arts and Humanities will host the event Thursday, Feb. 25 at 7:30 in Hyde Hall. The lecture is free and open to the public.

Behind the Japanese Tea Gathering

As fall gives way to winter, gathering over a hot beverage is a natural way for humans to connect. “It is the art of everyday life,” explains Chizuko Sueyoshi, who along with members of the Japanese Tea Practitioners of Durham (JTPD) will demonstrate chanoyu, or “the way of tea.” Carolina Asia Center Director and Associate Professor of Asian Studies Morgan Pitelka will lead a conversation about tea rituals followed b … Continued